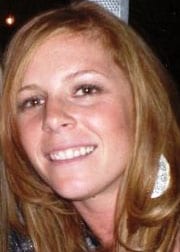 Lauren “L.T.” Thomas has been hired as Associate Director of Promotion for Golden Music Nashville, the new label launching flagship act Williams Riley. She comes from KMLE-FM in Phoenix where she began as a Promotions Assistant in 2002 before being bumped up to Promotions Manager in 2007. L.T. works at the Golden Music Nashville offices at 54 Music Square East, and can be reached at [email protected] or (615) 891-4283.

Jay Thomas, a Sirius XM host, has also taken on the role of Southeast promotion rep for Treehouse Records. After three years at the satcaster, he plans to remain on-air. At Treehouse, he reports to VP Tony Benken. Contact him [email protected]

Larry Pareigis has added former Montage Southeast rep Ted Wagner to his Nine North team, handling the Southeast and Southwest regions. Wagner, who worked with Pareigis at Sony, replaces Eric Beggs (who moved to Stroudavarious) and can be reached at (615) 613-3292 or [email protected]