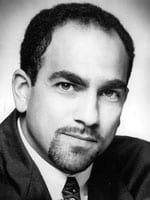 Paul Barnabee will assume the title of Senior Vice President, Sales & Operations for Sony Music Nashville, expanding his responsibilities to include oversight of the label group’s Digital Business department in addition to his current role overseeing the Sales and Finance departments, as well as the operational functions of the label group. Formerly Senior Vice President, Finance & Operations, Barnabee reports directly to Sony Nashville Chairman Joe Galante.

A native of East Islip, NY, Barnabee first came to the RCA Label Group (now Sony Music Nashville) in 1995, advancing to Vice President of Finance before being named Senior Vice President, Finance & Operations, in 2003. He has actively served on the Board of Directors for the Make-A-Wish Foundation in Middle Tennessee for the past four years and is the proud father of sons, John and Spencer.