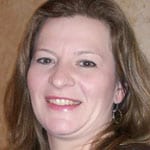 Country Thunder General Manager Craig Morris says Markovchick will work to “utilize the synergy between this label and the other components of Graham Entertainment.” He adds, “Kim, along with last year’s addition of former Big Machinist Bobby Young as SVP/Promotion and Artist Development, are only the beginning of the rebuilding and reorganization of Country Thunder.”