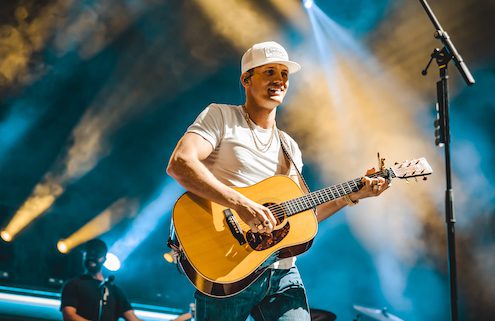 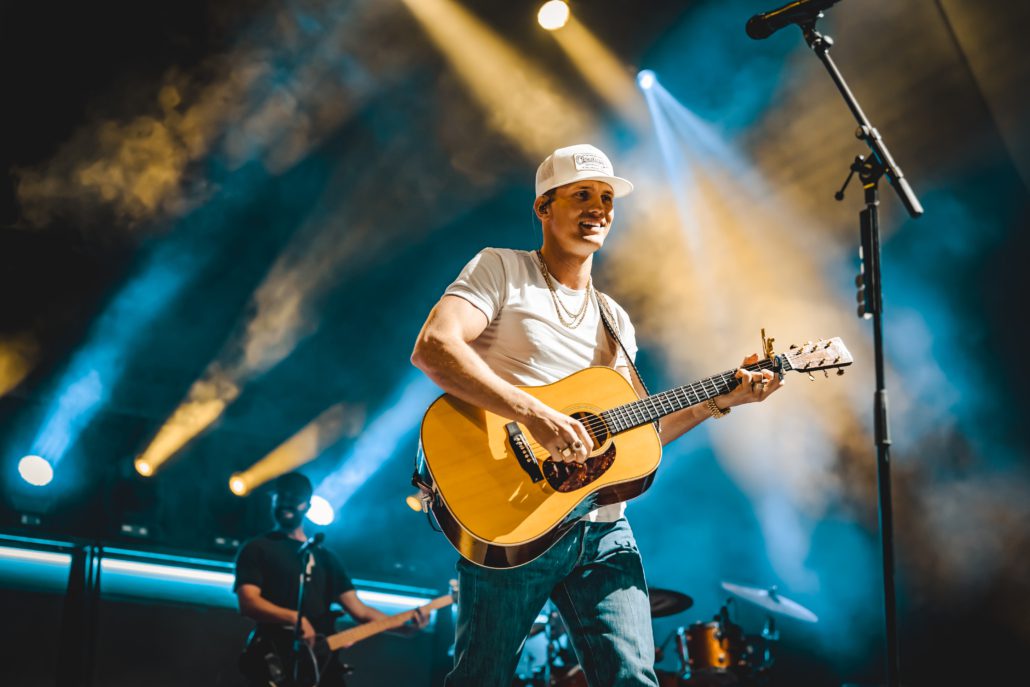 “We don’t get rained out, we get rained on!” Parker McCollum told the devoted fans who waited out an hours-long storm delay before he took the stage at Nashville’s Ascend Amphitheater around 10 p.m. on Saturday (May 21) for a sold-out show.

Standing in the spotlights, McCollum embraced the moment, looking at a sea of enthusiastic followers; some soaked, others in ponchos. He was wearing his standard attire: plain white T-shirt, gold chains, and a white ball cap. “I don’t even have the words to express how grateful I am that this many people stuck around to see me,” he said.

It was a night for McCollum to toast a year of wins driven largely by his current album, Gold Chain Cowboy. The project is a showcase for McCollum’s perfectionist songwriting polished up by his talented collaborator and producer Jon Randall. From that album, McCollum’s set included “Wait Outside,” “Drinking,” “Why Indiana,” “Dallas” and “Never Loved You At All,” as well as the No. 1 singles, “To Be Loved By You” and “Pretty Heart,” which initiated a major crowd singalong. He also offered the brand new song, “Stoned.”

Earlier in the evening, Universal Music Group Nashville surprised its rising MCA star with plaques to celebrate “Pretty Heart” being certified 2-times Platinum, and “To Be Loved By You,” being certified Gold. 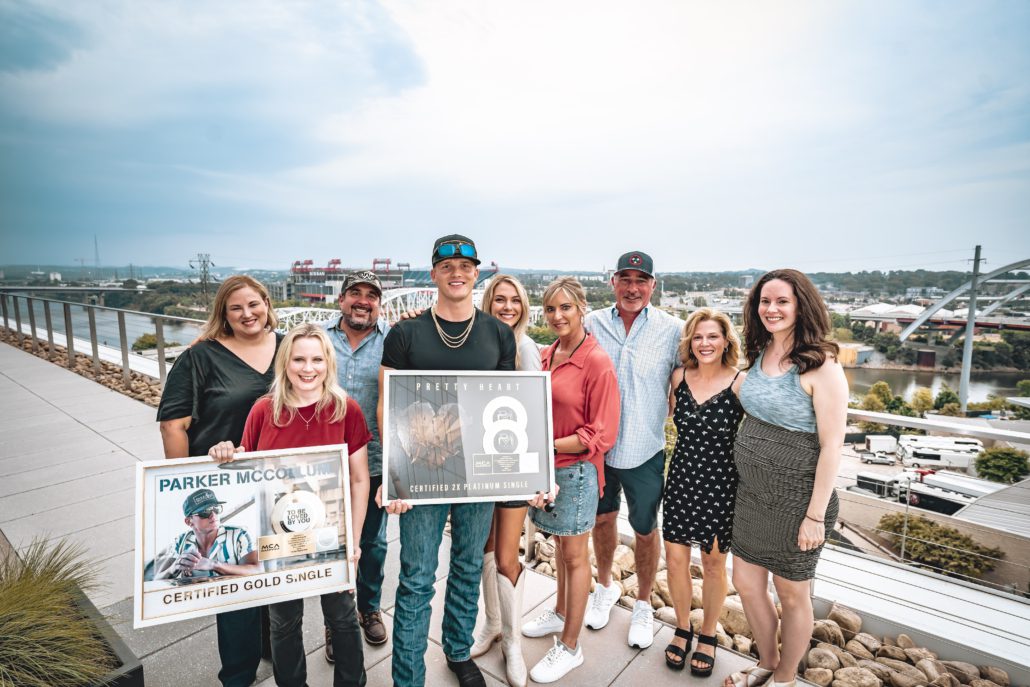 Over the course of three albums, McCollum has shown musical growth and sophistication, with hints of influences including Ryan Adams and John Mayer. As a songwriter, McCollum veers easily between introspective and vulnerable, and fun and upbeat.

McCollum’s trajectory dates back to 2015 with the release of his first full-length album. Along the way he has built an enviable touring base and successfully transitioned from playing heavily in his home state of Texas to being a national headliner.

Onstage at Ascend, he recalled his 2020 concert at Nashville’s Exit/In, grateful to have moved to a much bigger venue in only two years. Other recent milestones for the young troubadour include winning ACM New Male Artist of the Year, realizing his childhood dream of playing the sold-out RodeoHouston, and getting married. Accordingly, McCollum then sang “Hell of a Year,” a solo-written fan favorite and proof of his songwriting ability.

When he closed with “I Can’t Breathe,” the audience was in his hands. It was a glimpse into the future of an artist who still has a ton of potential up his T-shirt sleeve. With his 30th birthday right around the corner, McCollum is just getting started.

McCollum will make his debut appearance at this year’s CMA Fest in Nashville, performing at Nissan Stadium on Sunday, June 12. He will also make his first appearance on the iconic music television series ACL Live on July 26. 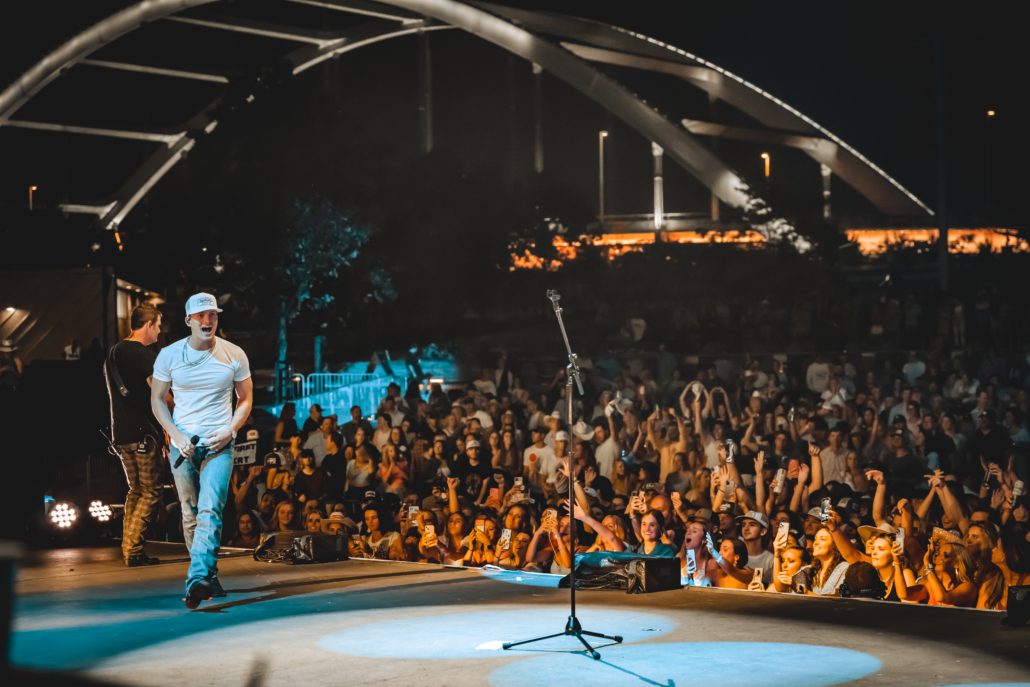