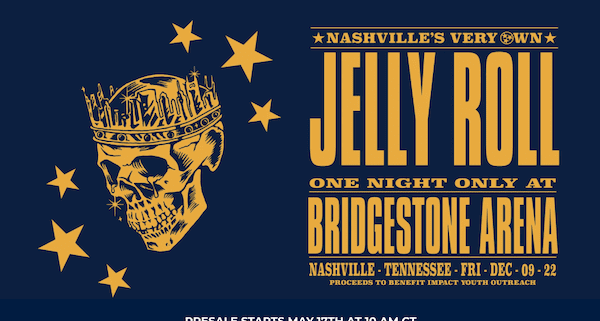 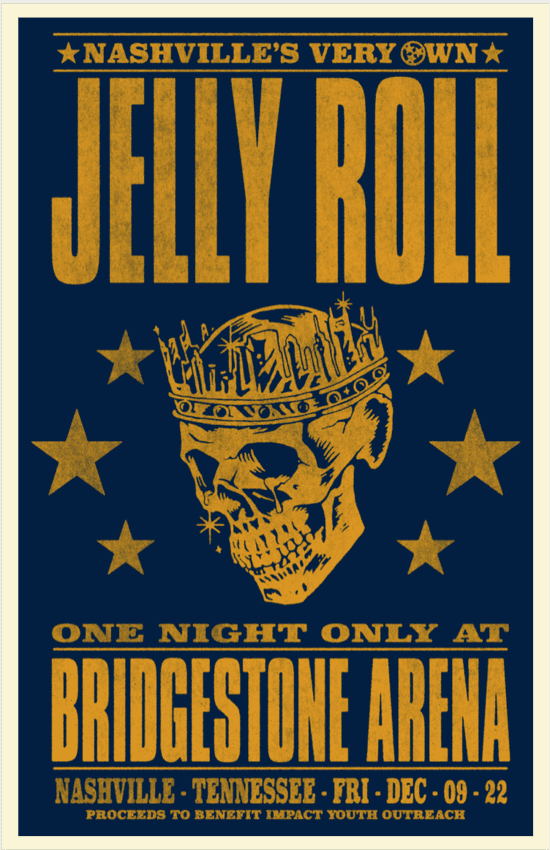 Stoney Creek Records/BMG singer-songwriter Jelly Roll has announced his first headlining show at Bridgestone Arena. The event is set for Dec. 9, 2022 with proceeds going to Impact Youth Outreach. General on-sale tickets will be available May 20.

The news comes on the heels of a series of firsts for the entertainer. This week, Jelly Roll topped Billboard’s and Mediabases’ Rock chart with “Dead Man Walking,” his first No. 1 at radio. Simultaneously, Jelly Roll’s single “Son Of A Sinner” is Top 30 and climbing at country radio, making him the first artist to top the Active Rock charts while having a Top 30 single at country radio with his chart debut on each (Billboard). After independently building his fanbase, Jelly Roll has garnered more than a billion streams.

In addition to previously announced dates with Shinedown late this summer, Jelly Roll will be joining forces with Brantley Gilbert for the “Son of the Dirty South Summer Tour ” kicking off in Jacksonville, Florida on June 30.