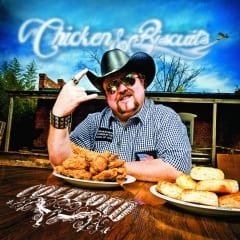 Colt Ford, the self-made artist with a flair for mixing hip-hop with honky tonk, is planning his sophomore release on Average Joes Entertainment. Chicken And Biscuits will be available Tuesday, April 20 and features guests Randy Houser, Joe Nichols, Josh Gracin, Darryl Worley, Ty Stone, James Otto, DMC, and Kevin Fowler. The album, produced by Jayson Chance and Shannon “Fatshan” Houchins, is the follow-up to Ford’s debut, Ride Through The Country, which sold over 150,000 units and 450,000 purchased downloads.

Ford says, “I pushed myself so hard in writing and finding the songs for the record, and I was blessed to write with some of the greatest songwriters in the world. To be able to make a second album that I feel is better than the first and still maintain who I am as an artist…wow!” He performed over 200 shows last year, including dates with Larry The Cable Guy and Jason Aldean. 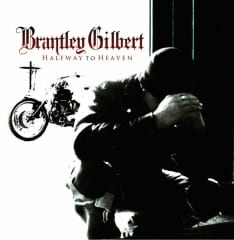 Ford began developing his musical style when he noticed that country venues played urban and hip-hop music between sets of the live country band, and that fans responded by getting on the dance floor. So at his wife’s urging, he set out to make music with a similar sound that he says, “speaks to country folk about our way of life.”

Also new from Average Joes is country artist Brantley Gilbert’s sophomore album, Halfway To Heaven. Released March 16, the project reached No. 3 on iTunes Country Albums Chart. The first part of Halfway To Heaven is about Gilbert’s life prior to a nearly fatal car accident, and the latter half depicts his life since then. Gilbert co-wrote all twelve tracks with writers including Ford, Dallas Davidson, Rhett Akins, Ben Hayslip, and Mike Dekle. As a songwriter, Gilbert has a cut by Jason Aldean.