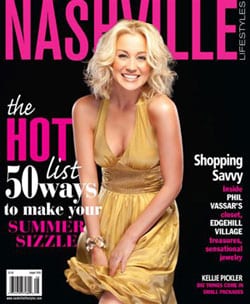 Kellie Pickler is on the cover of Nashville Lifestyles’ August issue, a.k.a. “The Hot List 2009.” Billed under the title, “Smokin’ Hot,” Pickler is the focus of a multi-page spread and interview. Her current single, “Best Days Of Your Life,” just cracked the Top 10 on the monitored charts and is certified Gold with more than 600,000 downloads. 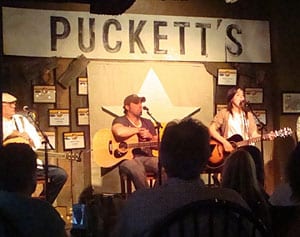 Daniel Mason is the winner of the Puckett’s Grocery “Rising Star” competition. The open-mic songwriting contest, now in its third season, was held over several weeks at the venue/restaurant’s Franklin location. At the final event on July 21, Mason beat over 100 competitors to receive $500, and the chance to play alongside notable songwriters on Friday, August 7 at 9 pm, including Wynn Varble (“Waiting On A Woman”), and Leslie Satcher (“Troubadour”).