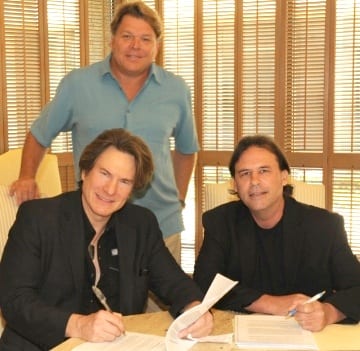 Doug Merrick has formed a new music publishing company called RAM Writer’s Group and has signed hit songwriter/producer Will Rambeaux as the flagship writer for the outfit.

“Will and I have been associates for years, and when I decided to form RAM Writer’s Group I knew he would be a great asset to the new company,” says Merrick.

Rambeaux’s songs have garnered many BMI Most Performed Songs of The Year awards, as well as several BMI “Million-Air” awards. He has written numerous Top 10 and No. 1 hits for artists such as Faith Hill (“Wild One”), John Michael Montgomery (“How Was I To Know,” “Hold On To Me”), Patty Loveless (“Can’t Get Enough”) and Kathy Mattea (“Nobody Gonna’ Rain On Our Parade”). As a producer, Rambeaux has also helmed four albums for singer/songwriter Sherrie Austin.