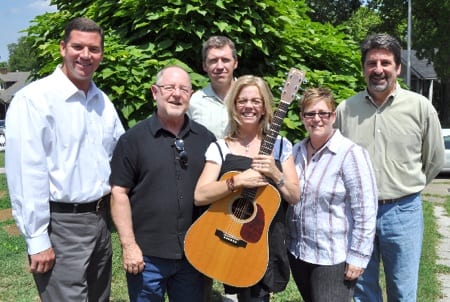 Americana artist/writer Brigitte DeMeyer has signed a publishing agreement with Nashville’s Green Hills Music Group. The soulful touring artist plays festivals worldwide and has opened shows for such headliners as Bob Dylan, Dan Fogelberg and Marc Cohn. The longtime San Francisco resident recently relocated with her family to Nashville, which she calls her “spiritual home.” Her most recent album, Red River Flower, was recorded in Nashville with producer Brady Blade and features many of her musical heroes including Buddy Miller, Chris Donohue, Phil Madeira, Mike Henderson and Al Perkins. DeMeyer is managed by Herrington-Fox Management.

Green Hills Music Group Pres. Woody Bomar said, “We love what Brigitte does as an artist and who she is as a person. Her music is filled with honesty and compassion. It is an honor to represent these wonderful songs and to work with such a passionate musician and songwriter.”

DeMeyer will perform on the Green Hills Music Writers Night at the Bluebird Cafe at 6:00 on Aug. 26.