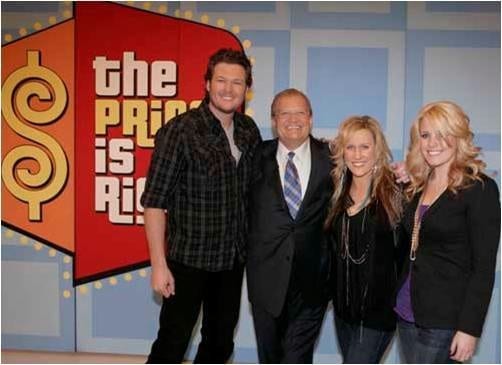 Country celebrities will be popping up all over national television this week.

The Price is Right will have a country themed episode on Fri., April 16 in celebration of the upcoming ACM Awards on Sun., April 18, both will air on CBS. At the long-running game show, 2010 ACM Award nominees Blake Shelton and Bomshel will be on hand to present prizes.

Trace Adkins, Luke Bryan and Emily West are headed to the Celebrity Apprentice for an episode airing Sun., April 18. Adkins, a runner-up on the 2008 season, will act as boardroom advisor to Donald Trump, overseeing the celebrity teams who are competing in a country music challenge.

Bucky Covington and fellow former American Idol finalists will be volunteering at Nashville’s Second Harvest Food Bank on Wed., April 14 as part of the “Idol Gives Back” episode. He will be joined by Melinda Doolittle, Bo Bice, Phil Stacey, and Mandissa. The program airs Wed., April 21 on FOX.