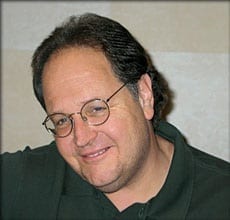 The 6th annual Steve Seskin Songwriting Seminar will be held January 22 – 24, 2010 in Nashville, with hit writers Allen Shamblin and Gretchen Peters set to participate. There will be two days of lectures, workshops and discussions. Friday night Jan. 22 includes a Steve Seskin concert at Edgehill Studios Cafe. Workshops will follow on Saturday and Sunday at the Bluebird Café, the location of the Saturday night concert to benefit Alive Hospice featuring Steve, Chuck Jones, Jesse Terry and Jamie Floyd.

Seskin’s cuts include “Grown Men Don’t Cry,” recorded by Tim McGraw, and “Don’t Laugh at Me,” winner of NSAI Song of the Year and MusicRow Magazine Song of the Year, recorded by Mark Wills. Among his other hits are songs by Neal McCoy, John Michael Montgomery, Ricochet, Colin Raye, and Kenny Chesney.

For more information on the songwriting seminar which costs $345, check out Seskin’s website or contact Claudia Young at [email protected] or 615-309-9449.