Dial Global has hired John Paul as Sr. Dir. of Country Programming. The former KUPL Portland PD will be based in Denver, and fills the vacancy left by Jim Murphy’s exit last week. Paul will oversee the “Mainstream Country,” “Classic Country,” and “True Country” formats by working with their PDs. He will also serve as day-to-day PD for the “Hot Country” format. 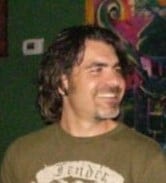 RJ Jordan has joined Golden Music Nashville as Northeast Director of Marketing & Promotion, handling radio efforts for artists including Williams Riley and Benton Blount. Based out of Rochester, NY Jordan previously held similar  label positions at Stroudavarious Records, Country Thunder, and 903 Music. His 25 years in the business has also included time at several radio stations. He can be reached at (615) 335-0718 [email protected]

The Boxcars, made up of bluegrass musicians Adam Steffey, Ron Stewart, John R. Bowman, Keith Garrett and Harold Nixon, have signed with Mike Drudge at Class Act Entertainment for booking. Drudge can be reached at 615-262-6886 or [email protected] The band members have played with Alison Krauss & Union Station, J.D. Crowe & The New South, The Dan Tyminski Band and many others.