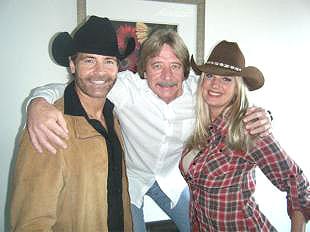 Local indie label Blue Steel Records has added Burns & Poe to its roster. The duo made up of Michelle Poe and former Trick Pony member Keith Burns is prepping its next single, “Don’t Get No Better Than That,” to be released to radio Nov. 9 via CDX. Burns wrote the song with Mark Oliverius, who also produced it. The duo’s first album for the label is expected in Spring 2010.

Earlier this year Burns & Poe charted at No. 21 on MusicRow’s Country Breakout Chart with the Evergreen Records release “It’s Always A Woman.”

Steve Pope is CEO of Blue Steel Records, which also has Anna Garrott and Latham Moore on the roster. Garrott’s new single, “What A Way To Go,” is at radio now and her CD Only Time Will Tell will be available digitally on Oct. 27 at major outlets including iTunes and her Web site.