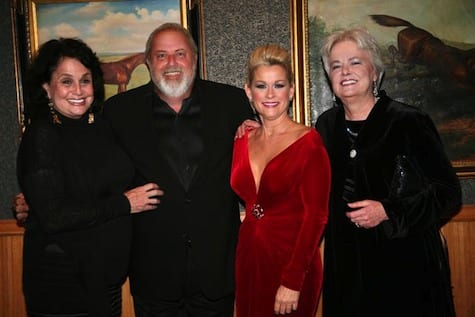 Country Crossing is part of Ronnie Gilley Entertainment, which also includes James Stroud’s Stroudavarious Records and BamaJam Records. The label is home to John Anderson and Lorrie Morgan, who has a long history working with Shriver and Nadler. Country Crossing has released Morgan’s A Moment In Time, Anderson’s Bigger Hands, as well as projects from Aaron Tippin, Lee Greenwood and others. A collection of standards from Louise Mandrell is in the works.

With a background in publicity, Shriver became the first female President of a major country label when she took the helm of Asylum Records. With Nadler as Executive VP/A&R, the duo’s collaboration at Asylum resulted in two Grammy wins during their first year of business. Shriver and Nadler formed Bandit in 2001 with Jones. They also opened HD Ready, a high definition TV production company which handled PBS’s show SoundStage.