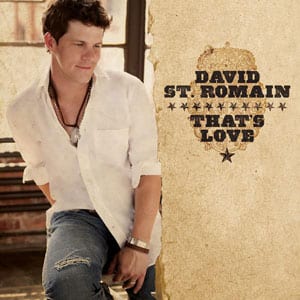 Shawn Pennington has opened Matchless Music Group with David St. Romain as the flagship artist. The company’s debut album is due in the first quarter of 2010, and St. Romain’s lead single, “That’s Love,” goes to radio Oct. 19 with David Haley’s EdgeHill Music handling promotion. Pennington and St. Romain met during Season 5 of Nashville Star, where St. Romain finished third in the competition.

Pennington launched Matchless Management in May after resigning from Dale Morris & Associates. Other artists signed to the management, production and consulting firm include Stoney Creek Records artists Ash Bowers and Thompson Square.

Pennington was a professional musician who moved to Nashville in early 1997 to become the bandleader and tour manager for Sara Evans. In 2002 he segued into the business side of the industry and held a management position with Dale Morris & Associates where he was actively involved in launching the careers of Gretchen Wilson, Big & Rich, John Rich, Cowboy Troy, the Muzik Mafia, Randy Owen (solo), and Kellie Coffey.

Ty Herndon has inked a management deal with The Bucket Agency. He has also signed publishing and recording deals with Dove Award winning producer Wayne Haun and Haun’s Sunset Gallery Publishing. Herndon is nearing completion of his first self–penned record Journey On, scheduled for a 2010 release on Vine Records.

Herndon is known for the 1995 charttopper “What Mattered Most.” His manager can be contacted at [email protected]