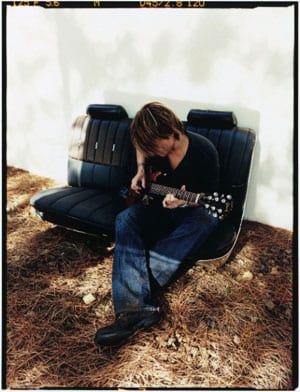 David Renzer, Chairman & CEO, Universal Music Publishing Group, and Pat Higdon, President, UMPG Nashville, today announced the signing of a worldwide publishing agreement with Keith Urban. UMPG will publish Urban’s catalogue throughout the world, including his recently-released fifth studio album, Defying Gravity, which topped both the Billboard Top 200 and Country Album charts upon its release this past March.

“We are honored that Keith chose UMPG as his global home for music publishing,” said Renzer. “Keith is a huge star whose songwriting prowess and artistic success are only going to continue and we’re looking forward to working closely with Keith and his entire team in building on that success.”

“Keith is a phenomenal artist and songwriter and we are thrilled to have the opportunity to work with him,” added Higdon. “We intend to work tirelessly to find new opportunities for his music. We are truly honored that Keith and his team have placed their trust in the UMPG and we will not let them down.”

The first single from Defying Gravity, “Sweet Thing,” recently hit No. 1 on the Billboard Hot Country Singles Chart. It marked Urban’s third consecutive No. 1 and his 11th overall. His first charttopper came in 2000 with “But For The Grace Of God.” He also has ten Top 5s. He has released five original studio recordings, the last three of which have charted at #1. Urban has received two GRAMMY awards, five CMA Awards and four ACMs.