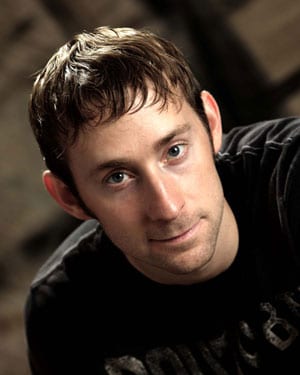 More than 1500 songwriters, industry VIPs and big name artists such as Kenny Chesney and Martina McBride gathered last night (10/19) at the ASCAP Country Awards to celebrate its most performed songs of the year.

Ashley Gorley was named Songwriter of the Year for his hits “Start A Band,” and “You’re Gonna Miss This.” The latter of which was also named ASCAP Country Song of the Year, an award going to publishers Songs of Combustion Music and Bug Music/Windswept.

The Songwriter/Artist of the Year honors went to Alan Jackson who had major hits with the self-penned “Good Time” and “Country Boy.” Gibson presented Jackson and Gorley limited edition Les Paul guitars as part of the ceremony.

EMI Music, was named Publisher of the Year, thanks to its share in the Jackson hits, as well as other smashes including “All Summer Long,” “I’m Still a Guy,” “Country Man,” “Relentless,” “I Still Miss You” and “Start a Band.” 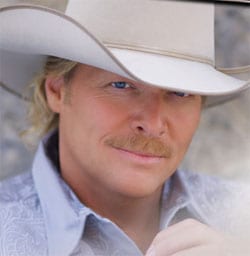 Sharing hosting duties on the Ryman stage were ASCAP Sr. VP Connie Bradley and ASCAP president and chairman of the board Paul Williams, who opened the show with a medley of his songs “We’ve Only Just Begun,” “Rainy Days and Mondays,” and “Just An Old Fashioned Love Song.” Artist David Nail offered the lead-in prior to the awards presentation.

The writers behind ASCAP’s five most played songs of the year performed their hits including “Good Time” by Alan Jackson; “You’re Gonna Miss This” (Trace Adkins) performed by Ashley Gorley; “Waitin’ on a Woman” (Brad Paisley) performed by Don Sampson; “Don’t Think I Don’t Think About It” (Darius Rucker) performed by Clay Mills; and “Roll With Me” (Montgomery Gentry) performed by Tommy Karlas.

A highlight was revered songwriter JD Souther receiving the prestigious Golden Note Award. Known for numerous Eagles classics, and many others, Souther was saluted by Lee Ann Womack performing his song “Faithless Love,” Rodney Crowell singing “New Kid in Town,” and Love and Theft’s take on “You’re Only Lonely.” Longtime friend Jackson Browne offered a moving speech about Souther before the honoree gave his own interpretation of the Eagles’ “Best of My Love.”

McBride presented Gerry House and the House Foundation (Richard Falklen, Al Voecks, Mike Bohan, Duncan Stewart) the ASCAP Partners in Music Award for their contributions toward the promotion and support of songwriters, musicians and artists.

Look for more in depth coverage later in Bobby Karl Works The Room.