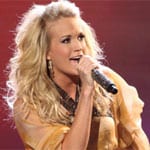 Is it live or is it Memorex?

Remember that old commercial for magnetic tape? Remember magnetic tape? Anyhow, the gist of it was guessing whether what you heard was pre-recorded or not. And that was the game I played all night long during the Grammy telecast.

Not surprisingly, Music City’s finest fared best. Those were unquestionably live vocals by Taylor Swift and Miley Cyrus during their performance of Taylor’s song “Fifteen.” That’s especially cool because Taylor can sometimes be a little “pitchy.” Carrie Underwood’s powerhouse delivery of “Last Name” was also emphatically live. You could question whether it was “country” or not, but there was no denying her performance. 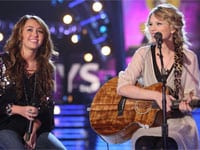 The evening’s winningest champs Alison Krauss and Robert Plant were predictably jaw-dropping. I love the way their disparate voices create that harmonic overtone.

Jennifer Nettles of Sugarland’s “Stay” was also a terrific live vocal. Keith Urban’s guitar work during the Bo Diddley tribute and the great Justin Timberlake and Al Green collaboration on “Let’s Stay Together” was also on the money. Kenny Chesney’s performance of “Better as a Memory” was swathed in smoke, so it was a little difficult to tell whether or not it was live. But it was unquestionably lovely. 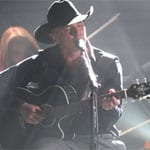 The deal is, they record the rehearsals. So when show time arrives, the audio guys have the choice to give us either the pre-recorded or the live performance. So Katy Perry can run all over the stage in her fruits-and-veggies outfit and not sound at all out of breath. Piped in? You bet. The Jamie Foxx, Ne-Yo and Smokey Robinson medley of tunes by The Four Tops also sounded totally pre-taped, as did T.I. with Justin Timberlake.

Coldplay, Radiohead and U2 were all toss-ups. Who can tell? Especially with the USC marching band tossed into the mix. The Rap Pack? Who cares? Although the extremely pregnant M.I.A.’s polka-dotted onesy was certainly eye-catching.

The live pop performances included Paul McCartney’s. It might have been garage-y, but maybe that’s the way “I Saw Her Standing There” should sound. Stevie Wonder and The Jonas Brothers were remarkably well mixed and very exciting.

Jennifer Nettles returned to the stage to sing with Best New Artist winner Adele. The result was soulful and heartfelt. Neil Diamond was low-key but effective. Of all people, Kid Rock sounded good. His energy level was winning as well. Naturally Jennifer Hudson killed. But she should have left her lobster bib at the restaurant.

Kanye West and an evidently Reynolds-Wrapped Estelle sounded like live vocals to tracks. The multi-artist New Orleans tribute was kind of a train wreck and was definitely blah. Whitney Houston sounded rather incoherent, but was gowned beautifully. I don’t think she’ll ever live down that reality series Being Bobby Brown. Dwayne “The Rock” Johnson and Gwyneth Paltrow were both nice diversions. Don’t even bother trying to hear anything from Lifetime Achievement honoree Brenda Lee. She didn’t even get to stand and wave, never mind sing or speak.

Overall, however, I have to give the telecast a sonic “A.” It is a gargantuan task to make a wide variety of genres sound good and an even bigger one to do it on an international live telecast. I hope all the engineers involved celebrated afterward.