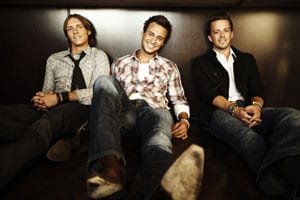 With 19,000 paid downloads this week, the band’s hit single “Runaway” takes the top spot with the highest first week digital single sales for a debut country artist this year.

Next up for Love And Theft is an opening slot on Jason Aldean’s headlining tour with shows booked from late September through November.