MCA Nashville’s release I’m About To Come Alive by David Nail garners this year’s third highest new artist debut on the country charts. Alive also sits in the Top 20 on the Top 200, and single “Red Light” is Top 40 on MusicRow’s Country Breakout Chart after only eight weeks.

Nail met country legends George Jones and Gene Watson this week as they shared the stage for a taping of the Crook & Chase television show at the Country Music Hall of Fame. The episode, with interviews and performances, premieres Thursday, Sept. 3 at 7 PM/CT on RFD-TV (Comcast ch. 136 in Nashville, Dish Network ch. 231, DIRECTV ch. 345). Re-airs are scheduled for Sept. 4 at 10 AM/CT and Sept. 5 at 6 PM/CT. 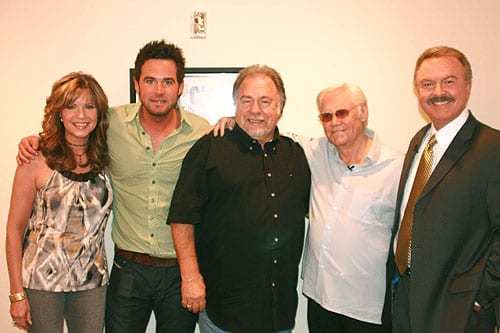