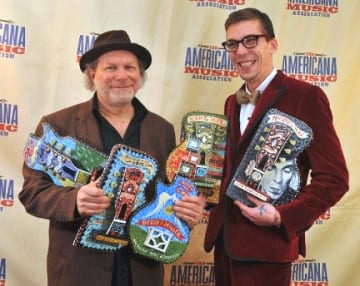 Acclaimed singer/songwriter/producer Buddy Miller won almost every award for which he was nominated at last night’s (9/17) 8th Annual Americana Music Association Honors & Awards Show, held at the Ryman Auditorium. He and his collaborators, including wife Julie Miller, walked away with Artist, Album, Duo/Group of the Year, and Song of the Year. The only thing standing between Miller and a clean sweep was Gurf Morlix winning Instrumentalist of the Year. A detailed account of the Americana Awards is available to paid subscribers in today’s @MusicRow.

The show ended with an all-star jam around “Dixie Chicken,” a salute to the posthumous President’s Award recipient Lowell George of Little Feat.

The Americana Music Association’s annual festival and conference, featuring panels and approximately 100 performances by legends and the next generation of stars, runs through Saturday at venues throughout Nashville. 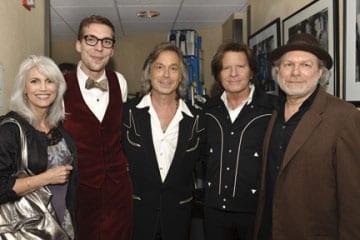