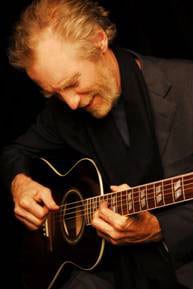 D. Souther, one of the principal architects of the Southern California country-rock sound and the pen behind numerous hits by the Eagles and others, will receive the prestigious ASCAP Golden Note Award this fall. He will be honored during the 47th annual ASCAP Country Music Awards, set for Monday, October 19, at Nashville’s legendary Ryman Auditorium.

Known for his extraordinary song crafting abilities, Souther co-wrote some of the Eagles most beloved hits including “Best of My Love,” “Heartache Tonight,” “New Kid In Town,” and “Victim of Love.” His collaboration with the band continues through the Eagles’ 2007 release Long Road Out of Eden. Artists including George Strait, The Dixie Chicks, Glen Campbell, and Michael Buble have recorded his songs. He’s also written several hits for Linda Ronstadt including “Faithless Love” and “White Rhythm and Blues,” produced her Don’t Cry Now album and recorded several duets with her, most notably “Prisoner in Disguise” and “Sometimes You Can’t Win.”

As an artist the Texas-raised singer charted two Top 10 hits with “You’re Only Lonely,” and “Her Town Too,” a duet with James Taylor. After a 25-year break from recording, Souther released If The World Was You in 2008.

“Having written hits for nearly four decades, J.D. Souther is in a class all his own,” says Connie Bradley, ASCAP Senior Vice President. “Many of the hits he’s written have become part of the soundtrack of the lives of multiple generations. We are thrilled to honor J.D. with the ASCAP Golden Note Award.”

The ASCAP Country Music Awards is an invitation-only gala that will also salute the songwriters and publishers of ASCAP’s most performed country songs of the past year. Special awards will be given to the Songwriter of the Year, Songwriter/Artist of the Year, Song of the Year and Publisher of the Year. A party honoring the evening’s winners will follow the awards ceremony.