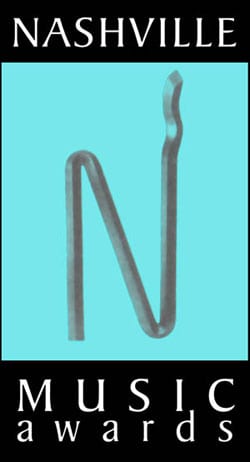 The deadline has been extended to Friday, July 24 for submissions for the Nashville Music Awards. Revived in a partnership with Next Big Nashville (NBN) and Leadership Music, Inc. (LM), the Nashville Music Awards (NMA), were produced by LM from 1995 through 2000. The NMAs recognized outstanding contributions in all genres of music. Winners will be announced during the NBN festival taking place Wednesday, October 7 through Sunday, October 11, 2009, and are chosen by popular vote via online balloting. Details, nominations and eligibility requirements at www.nashvillemusicawards.com.

Summer NAMM is going on this weekend at the Nashville Convention Center. The second annual gathering of the music products industry will be held July 17-19. NAMM unites its member manufacturers, retailers and distributors under one roof for the summertime musical instrument and products show.
————————-
The debut single from Jamey Johnson‘s forthcoming album is entitled “My Way To You.” The song, co-written by Johnson and Charlie Midnight, is now available to radio stations via Play MPE. On August 3, “My Way To You” will be available as a free download at www.jameyjohnson.com. On August 11, the digital e-single will be available for download at iTunes and all other digital partners. The follow-up album to Johnson’s critically acclaimed That Lonesome Song will hit stores this fall and will also be released on vinyl.

Billy Currington’s recent album, Little Bit of Everything, has been in the Top 10 on the Country Albums Chart the last two weeks, selling over 11,000 units each week. His hit single from the album, “People Are Crazy,” is powering up the Country Breakout chart, and is currently at No. 7.
————————-
Near the end of his set at the Grand Ole Opry on Tuesday night, Jimmy Wayne said to the crowd, “Come on and join me for some sweet tea and a baked sweet potato at Santa Fe,” referring to a nearby restaurant. By the time Wayne arrived at the restaurant, about a dozen fans were waiting in the parking lot and lobby to see if he’d really show up, and within 15 minutes about two dozen total were seated around tables together. Fans from Georgia, Illinois, Minnesota and other states got to know each other, and share sweet tea with Wayne. At the end of the evening, the artist got his guitar from his car, and invited his fiddle player Jake Clayton to join him in a couple more songs.