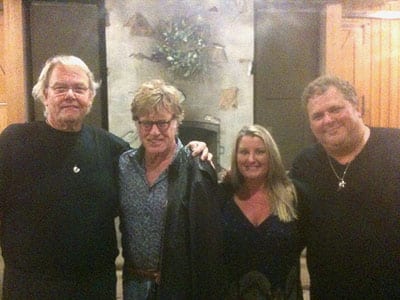 New Series Planned For Nashville: A free concert series will take place in downtown Nashville on the Public Square this fall. Mayor Karl Dean and Lester Turner, Owner of Lightning 100, will announce details tomorrow (7/7) afternoon at a press conference, including some of the artists scheduled to perform.

GMA To Host Training Camp: The Gospel Music Association will host Immerse, a training experience and talent competition offering participants access to artists and songwriters who will perform, teach, mentor and create with registrants. It will take place in Nashville July 29- August 2. Registration levels are poised to outpace past GMA music training events, and more than 20 artists are confirmed including Michael W. Smith, Natalie Grant, Kirk Franklin and Phil Stacey. The deadline to register for the talent and songwriting competitions is tomorrow (7/7). Details at www.experienceimmerse.com.

World of Bluegrass: Early bird registration rates for the IBMA’s World of Bluegrass end tomorrow (7/7), giving a $100 discount off the gate price. The event, which includes a conference and the IBMA Awards, runs Sept. 28-Oct. 4. www.ibma.org.