The GRAMMY® Nominations Concert Live!! — Countdown To Music’s Biggest Night® will be held at Nashville’s Bridgestone Arena on Wed., Dec. 5, marking the first time the event has taken place outside of Los Angeles. The show, which will air live on CBS at 10 p.m. ET/PT and 9 p.m. CT, officially kicks off GRAMMY season by revealing nominations in several categories along with performances by past winners and/or nominees.

Details regarding presenters and performers for The GRAMMY Nominations Concert Live!! will be announced in the coming weeks. Additionally, public ticket sales information will be released soon.

“We are excited for the opportunity to bring The GRAMMY Nominations Concert Special Live!! to Nashville this year as we recognize our nominees for the 55th Annual GRAMMY Awards®,” said Neil Portnow, President/CEO of The Recording Academy. “Nashville’s rich musical and cultural history is so important and vital to our industry, and indeed to the world — a fact The Academy has recognized for decades by locating one of our most thriving and active Chapters there. We look forward to celebrating the year in music in such a passionate, vibrant, and flourishing city.”

“Having The GRAMMY Nominations Concert Live!! in Music City is a perfect fit,” said Nashville Mayor Karl Dean. “This announcement further validates that Nashville is a destination on the rise, and our rich musical heritage has once again put us on the national stage. This is tremendous news for Nashville, and we look forward to working with The Recording Academy to ensure the show’s success.”

This concert special marks the fifth time nominations for the annual GRAMMY Awards will be announced live on primetime television. Last year’s airing of the nominations special helped lead to increased ratings for the 54th Annual GRAMMY Awards which attracted 39.9 million viewers, the largest audience since 1984 and the second largest in history. The telecast was also the biggest social event in the history of television, drawing 13 million social media comments with the conversation on Twitter reaching a record high at 160,341 tweets per minute during the live telecast. Additionally, the 54th GRAMMY Awards telecast has received six Emmy® nominations, including the Outstanding Special Class Programs category. 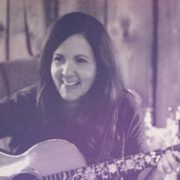