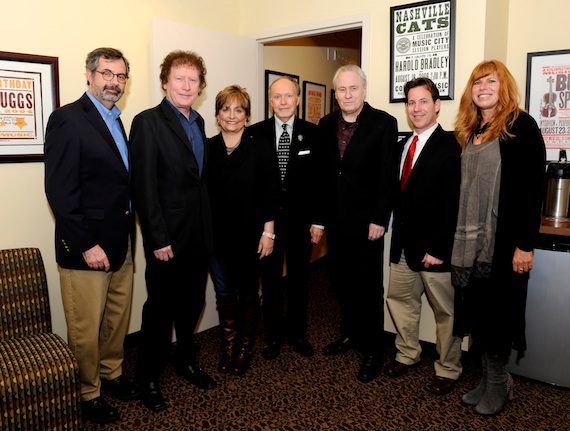 After joining the Recording Academy in 1985, Shapiro championed programs involving music and education communities across the country. Shapiro is the highest ranking woman at the Recording Academy, the organization behind the Grammy Awards, the charitable MusiCares Foundation and more.

Shapiro studied elementary education at the University of Oklahoma and spent time as a stay-at-home mom before moving with her family to Nashville in 1975. She worked as a catering sales manager for a Nashville hotel and then as a publicist for a TV production company before accepting a position as executive director of the Recording Academy’s Nashville Chapter in 1985.

Nearly three decades later, Shapiro has risen through the ranks, serving as South Regional Director and then National Field Director. She helped establish five new chapters—Texas, Florida, Pacific Northwest, Philadelphia and Washington, D.C. In 2012, Shapiro was promoted to Senior Vice President of Membership Services. Based in Nashville and Los Angeles, she oversees all 12 of the Recording Academy chapters across the country, as well as the organization’s Corporate Governance, GRAMMY U, Producers & Engineers Wing and GRAMMY Professional Development arms.

Other upcoming events at the Hall include a Sat., Dec. 15 panel discussion and concert in conjunction with current exhibition The Bakersfield Sound: Buck Owens, Merle Haggard and California Country. The panel discussion, titled California Angels: Women of West Coast Country, will feature five artists who rose to prominence while performing in the Golden State: Kay Adams, Lorrie Collins,Rosie Flores, Rose Lee Maphis and Country Music Hall of Fame member Jean Shepard. The program, which will be moderated by California-based music journalist Scott B. Bomar, begins at 11:00 a.m. in the Ford Theater.

At 2:00 p.m., Rosie Flores will return to the Ford Theater stage for a concert. Both programs are included with museum admission and free for museum members. Details at www.countrymusichalloffame.org. How To Get A Job (In The Music Business)