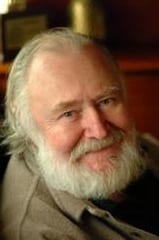 Hank Cochran, the songwriter who touched the world with classics like “I Fall To Pieces,” has passed away. He died peacefully at home in Hendersonville, Tenn., this morning (7/15) surrounded by family and friends. Earlier this year the Nashville Songwriters Hall of Fame inductee underwent surgery for an aortic aneurysm; he had also been treated for pancreatic cancer in recent years. He was 74.

Garland Perry “Hank” Cochran was born August 2, 1935 in Isola, Mississippi. Following his parents’ divorce at age 9, he was shuffled between an orphanage and relatives, eventually landing in Nashville in 1959. The Encyclopedia of Country Music says he “defined country songwriting in the 1960s, and continued to be a major creative force in Nashville into the 1990s.”

Cochran’s influence persevered for the remainder of his life. In June 2009, BMI toasted his six decades of success, which included penning Cline’s “She’s Got You,” Eddy Arnold’s “Make The World Go Away,” George Strait’s “Ocean Front Property” and “The Chair,” and Ronnie Milsap’s “Don’t You Ever Get Tired Of Hurting Me.”

Cochran is survived by wife Suzi, daughter Booth Calder and sons Garland Perry Cochran Jr., James Lee Cochran and Daniel Cochran. A private, family memorial will be held in the near future, and a public service will follow. Details will be forthcoming. The family asks for privacy at this time and, in lieu of flowers, memorial donations to the Nashville Songwriters Hall of Fame Foundation.