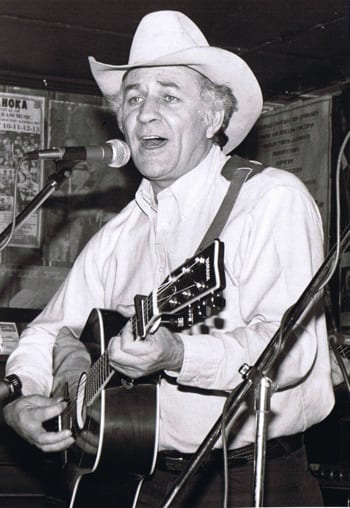 Fred Carter Jr. playing at the Station Inn in 1983. Photo by Alan Mayor

The Louisiana native was born in 1933 and began his career as a professional musician in the 1950s, playing guitar for rock ‘n’ rollers like Roy Orbison. By the early ‘60s Carter had settled into the Nashville scene, where he would be a first-call player for the next two decades.

Carter’s influence branched outside of Music City, spreading into the folk world with work on Simon and Garfunkel classics like The Boxer. The multi-instrumentalist can be heard playing bass on Bob Dylan’s “Lay Lady Lay” as well as lead guitar with Joan Baez, Neil Young, and The Band. His career also included work with Muddy Waters, Waylon Jennings, Dottie Rambo, and many more.

Carter was instrumental in bringing out of town folkies to Nashville to record. He produced Levon Helm’s American Son album on MCA Records, and Bobby Bridger’s Heal in the Wisdom. As a songwriter, Carter has had songs recorded by acts as diverse as Dean Martin and Chet Atkins. He is said to have had a hand in Tanya Tucker and Dolly Parton’s first record deals.

Carter is survived by A loving husband and father, Carter is survived by his wife of 49 years, Anna; his sons, Ronnie and Jeff; his daughter, recording artist Deana Carter; and his five grandchildren. Visitation will be at Woodlawn Roesch-Patton Funeral Home (Thompson Lane) on Tuesday, July 20 from noon until 2:30 p.m., with the funeral immediately following. 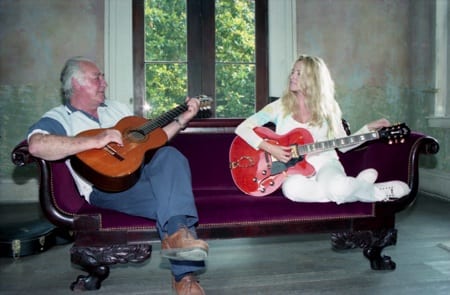 Fred Carter and daughter Deana Carter, pictured in May 1998. Photo by Alan Mayor