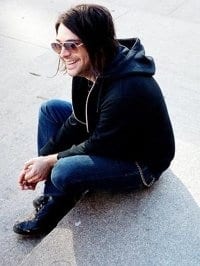 Musician Chris Feinstein, a Nashville native who was most recently bassist for Ryan Adams & the Cardinals died Monday in New York. He was 42.

Feinstein had been playing with the Cardinals since 2006 and had recorded three albums as a Cardinal: Easy Tiger, Follow the Lights, and Cardinology. He was also a well-known producer whose work included hits by Moby, the I Am Sam soundtrack, and more.

Services will be held in Nashville. Visitation is Sunday, December 20, from 4 – 8 p.m., at Woodbine Funeral Home, Inc.. Graveside service and burial will be Monday, December 21, at 10 a.m., at Woodlawn Memorial Park. There will be a memorial celebration Monday, December 21st at 11 a.m., at the Belcourt Theatre. The family has set up a memorial fund to help defray funeral expenses. If you’d like to contribute, contact  [email protected] or the Facebook group.

Guitarist, artist, and hit songwriter Billy Burnette underwent a quintuple bypass surgery on Dec. 16 and is recovering at Vanderbilt Hospital in Nashville. Burnette is the one-time guitarist for Fleetwood Mac, and more recently toured with John Fogerty.

Jean-Luc, the brother of French music promoter Jocelyn Carrier, died last week. Carrier and her husband Georges have been promoters of the Craponne country music festival in France for 23 years. Jean-Luc was a longtime volunteer at the festival and knew many country artists through his work there.