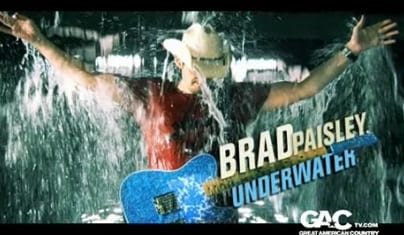 A new GAC special premiering tonight (6/21) at 9 PM/CT explores Brad Paisley’s H2O Tour and how his team rallied together to launch the show as scheduled after the Nashville floods ravaged most of his stage and equipment.

Viewers get rare behind-the-scenes access to production meetings and rehearsals that were on track prior to the major flooding that filled his storage facility with four feet of water. Paisley’s stage set drowned and half of his video production rig was under water. Brad Paisley Underwater shows the extent of the damage and how the massive tour was put together again in only three weeks.

The H20 World Tour features six acts on two stages and every component was in place when the outing launched in Virginia Beach on May 21.