Whisperin’ Bill Anderson will be the first musical guest on a new show being created in Nashville at RFD-TV called Larry’s Country Diner, scheduled to debut on Sept. 3.

Taped in a typical diner setting, the show is hosted by broadcast personality/producer Larry Black, who is joined by regular cast members, along with announcer Keith Bilbrey.

Larry’s Country Diner is a 60-minute show, which is scheduled to air on RFD-TV every Thursday night at 6:00pm/Eastern and will re-broadcast every Saturday night at 11:00pm/Eastern. 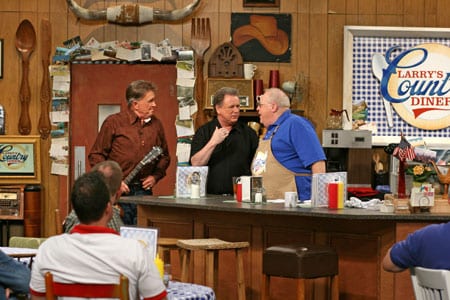