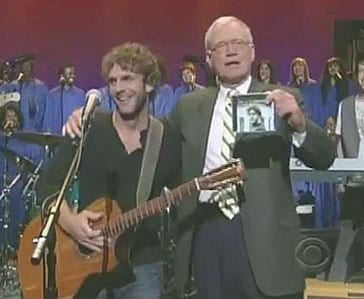 Due to severe storms predicted for this evening, the St. Jude folks have had to cancel tonight’s (8/20) 20th Anniversary Country Cares block party. They are hoping to reschedule, but don’t yet have a date.
————————-

“Absolute perfection,” is what David Letterman said of Billy Currington’s hit “People Are Crazy,” when the singer played the Late Show last night. See the video of Letterman and the performance here. The song was written by Bobby Braddock and Troy Jones. Read a recent Bobby Braddock interview here.

Reba McEntire released her first solo studio album in 6 years Tuesday (8/18) and it became the most-downloaded country album on iTunes in a matter of hours. By noon CT that day, Keep On Loving You, had also risen to the No. 3 most-downloaded album across all genres.

She stars in a new installment of Invitation Only, premiering tomorrow (8/21) at 8 PM/CT on CMT. The concert shows her performing before a small studio audience at the Grand Ole Opry House’s Studio A, taking questions from fans and revealing candid answers. 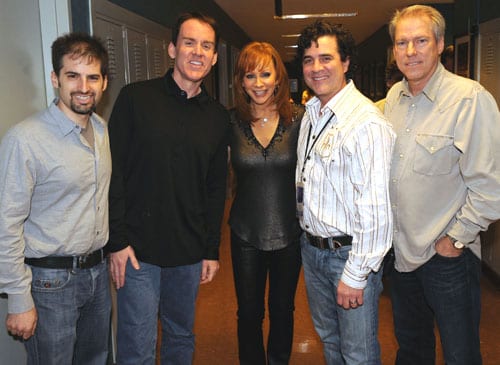