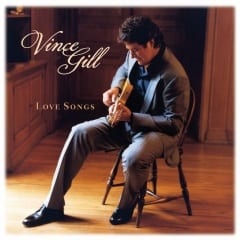 Vince Gill’s love songs have been compiled into a new album being released today (1/26). Love Songs is out via MCA Nashville. The Country Music Hall of Famer personally selected and sequenced his favorites for the 14-track compilation that spans his most popular albums released from 1991 to 2006. Among his numerous hits on the project are “Whenever You Come Around,” “Love Finds You,” and “The Rock Of Your Love” (with Bonnie Raitt).

Keith Urban will pair with hit rocker John Mayer for tonight’s taping of CMT Crossroads. The show is set to air at a later date. Mayer was on a previous episode with Brad Paisley, and Urban has joined John Fogerty for an installment. 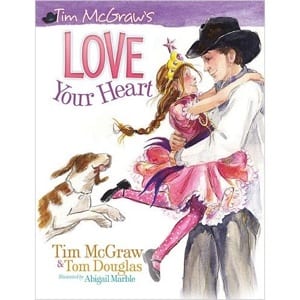 The second book in Tim McGraw and songwriter Tom Douglas’s My Little Girl series will be released Feb. 16. Love Your Heart again focuses on Katie and her dad, this time the story is about her school’s talent show, where she learns kindness is the best talent of all.

The star packed line-up for this year’s Gift of Music concert benefiting W.O. Smith Music School caused tickets to sell out in about 20 minutes. Rascal Flatts, Kellie Pickler, Jason Michael Carroll, Keith Anderson, Little Big Town and surprise guests are set for the concert on Feb. 22 at the Wildhorse Saloon. VIP packages are still available for $500 by calling 615–371-8878.