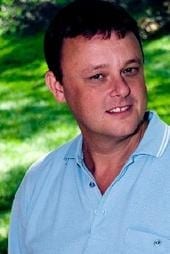 Songwriter and country music historian Dale Dodson has a unique new arrangement that allows him to remain as a staff writer for longtime publisher Sony/ATV and also take on a creative services role at Carnival Music.

Dodson is the writer or co-writer of songs including “Look Who’s Back In Town” by George Strait, “Good News, Bad News” and “Everything But Quits” by Strait and Lee Ann Womack, “20 Years and 2 Husbands Ago” by Womack, “Senses” by Reba McEntire and “I Bought The Shoes That Just Walked Out On Me” by Dierks Bentley.

“Not only can Dale write songs that sound like they fell off a 1959 Wurlitzer jukebox,” says Carnival Music’s Frank Liddell, “but he has the ability to go into a catalogue and understand what kind of songs suit specific artists…We were able to work with Sony/ATV’s Troy Tomlinson on creating a place for Dale here where he’s able to work with my writers, set-up co-writes, pitch out songs…and possibly help us become more dynamic, all the time continuing in his relationship with his primary publisher.”

“Dale is an invaluable resource to us,” agrees Tomlinson. “He knows our heritage catalogue better than I’d say anyone in Nashville, and he understands where those songs should find homes, as well as writing classic old school standards, which have found some amazing homes…We are very excited to have this opportunity to see one of our very best grow in new and exciting ways.”

“When you look at the writers who’ve been part of Sony/ATV, that is a lineage I’ve always taken very seriously,” Dodson says. “I am honored to follow in the footsteps of Hank Williams, Bobby Braddock, Willie Nelson, Dean Dillon. And to be able to be a part of watching Carnival Music—a place that’s always signed writers’ writers like Bruce Robeson, Natalie Hemby, Troy Jones and Scooter Carusoe—develop into hopefully the same piece of the same kind country music history is a challenge and a thrill I’m looking forward to.”

Dodson, a native of Berkeley Springs, WV, came to Nashville in 1987 to work in the shows at Opryland, did a short stint with Evelyn Shriver Public Relations and started at Sony/Tree 1992 as a writer who also consulted on catalogue from Hank Cochran, Buck Owens, Harlan Howard and the myriad back catalogues under the Sony/ATV umbrella.