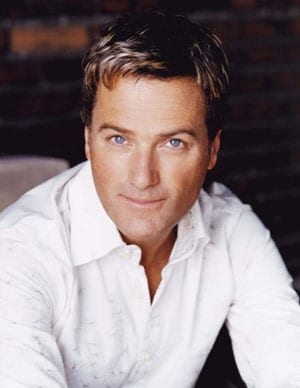 Michael W. Smith and Jeremy Camp have added their voices to the “Hope For Samoa” free benefit concert being organized by The Katinas to aid their homeland battered by the recent 8.2 magnitude earthquake and ensuing tsunami. The concert is tonight, Wednesday, October 7, 7 PM at Fellowship Bible Church in Brentwood, Tenn. Natalie Grant and Melinda Doolittle were already set to appear. Admission is free with a love offering to benefit the “Samoa Relief Fund.” Tax deductible donations may also be made at www.katinamissions.org

Katie Armiger, Emily West, Kathy Mattea, Lani Nash, and Mindy Smith will perform at the For The Love of George event Friday, October 9 at the Country Music Hall of Fame to support the Alzheimer’s Foundation of America.

Nashville Symphony and Regions Bank will host the Regions free Day of Music at Schermerhorn Symphony Center on Saturday, October 10, from 10AM until 10PM. This free event, now in its fourth year, will showcase more than 25 performances by a diverse selection of Nashville-based artists and ensembles. Guests will also be able to explore the Symphony Center, and the box office will also offer an exclusive Buy-One, Get-One-Free ticket special available only on-site.

———————————
The Loveless Cafe is gearing up for the fifth annual Biscuits & Bluegrass fall festival, to be held on Saturday, October 10 from 11AM until 5PM. This free event, will feature biscuit samples for everyone, the ever-popular biscuit eating contest, a live all-star bluegrass pickin’ circle and a cash bar so be sure to bring your instrument for the impromptu pickin’ parties. There will also be many children’s activities including face painting, pony rides, a petting zoo as well as arts and crafts demonstrations for adults and kids including: weaving, pottery, wood turning, fabric dyeing, painting and jewelry making.

The sixth and final concert of the 2009 Bluebird on the Mountain series will feature singer-songwriters Don Henry, Kim Richey and Craig Carothers on Oct. 10 at 7PM. Held on the scenic grounds of Vanderbilt’s Dyer Observatory, the series showcases artists from the Bluebird Café. A limited number of tickets for the show are available through Ticketmaster, which will add a handling fee. Tickets are $95 for a carload.