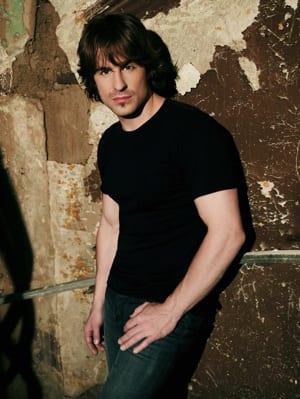 Jimmy Wayne is on a crusade for the homeless. The singer plans to walk from Nashville to Phoenix to raise funds and awareness for at-risk individuals, particularly youth and young adults. He will sleep outdoors and in shelters along the way.

His journey—called the “Meet Me Halfway” campaign because he is walking halfway across the country—will start on New Year’s Day at Nashville youth services organization Monroe Harding.

Wayne says his journey is inspired by his teen years, during which he experienced homelessness, and was spurred on the nation’s recent economic downturn which has given rise to the number of people without a safe place to sleep.

“I realize beginning a mission like this in the dead of winter and walking through the middle of the country is going to be difficult, but I hope and pray I am up to the challenge,” Wayne said. “But that’s what the homeless are dealing with each and every winter they go without a home of their own.” Marmot Sportswear is providing Wayne with essential cold weather clothing.

As a teen growing up in North Carolina, Wayne occasionally found himself homeless. He was shuffled between shelters and foster care until an older couple took him in and changed his life at age 16.

Wayne has selected HomeBase Youth Services in Phoenix, where he will end his trip, as the recipient of donations because of the work they do with homeless young adults (age 18–21).

According to Google Maps, walking the more than 1660 miles from Nashville to Phoenix would take at least 22 days.

Read more about “Meet Me Halfway” at www.jimmywayne.com.

Artists Step Up To Help Charity
We're All For The Hall Nets $500,000 And Counting
Covington Donates To Arthritis Foundation
String of Events Benefit Darryl Worley Foundation
Little Big Town Raises Over $50,000 For TJ Martell
Good Reasons To Get Out: Free Music, Fundraisers, and More
3 replies