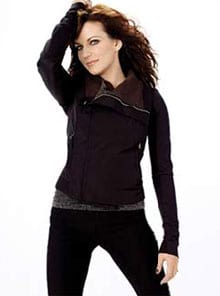 artina McBride is among the powerhouse vocalists set for the upcoming VH1 Divas. This year’s special will air tomorrow (9/17) at 8 PM/CT and as always, the star power is blinding. McBride will share the stage with American Idol winner Jordin Sparks in a first-ever collaboration presented at the Brooklyn Academy of Music.

Country diva McBride has earned more than 18 million in album sales, and a record-tying four CMA Female Vocalist of the Year trophies. The Kansas native’s fiery, passionate vocals have created such signature hits as “Independence Day,” “Wild Angels,” “This One’s for the Girls,” “Love’s the Only House,” and “Anyway.” Martina’s current single is the love song, “I Just Call You Mine,” from her chart-topping album Shine.