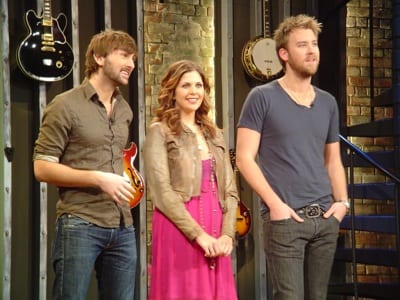 Due to the sell-out success of Lady Antebellum’s upcoming March 11 concert at the Ryman Auditorium, another show has been added on Wed., March 10. Tickets available via ryman.com and Ticketmaster outlets.

The George Strait/Reba tour kick-offs next weekend in Baltimore, MD with guest Lee Ann Womack. After Baltimore, the tour continues to Greensboro, NC with additional dates coast to coast through March…Reba also has a new DVD coming out. CMT Invitation Only: Reba will be released Tuesday, Feb. 9 via CMT and the Valory Music Co.

In response to the devastating earthquake in Haiti, MTV Networks is presenting Hope for Haiti, a global telethon to air commercial-free across ABC, CBS, NBC, FOX, CNN, BET, The CW, HBO, MTV, VH1, and CMT on Friday, January 22, 2010 at 8:00 p.m. ET/PT and 7:00 p.m. CT. Leading the charge will be George Clooney in Los Angeles, Wyclef Jean in New York City and CNN’s Anderson Cooper from Haiti. Musical performances and celebrity appearances are yet-to-announced. Proceeds will be split evenly among Oxfam America, Partners in Health, the Red Cross, UNICEF and Yele Haiti Foundation. Facebook and MySpace have also signed on as official social media partners.