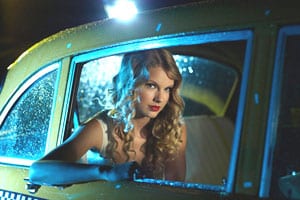 Taylor Swift, who sold more albums last year than any other artist, is making a significant impact on the global music scene, earning Gold and Platinum sales certifications in fourteen countries. Her Fearless album, rapidly approaching quadruple-Platinum in the US, has earned the following international sales awards: Triple Platinum in Australia and Canada; Platinum in Singapore, New Zealand, Ireland, Indonesia, Malaysia and Taiwan; and Gold in the UK (2x), Norway, South Africa, Hong Kong and the Philippines. Sales are driven partially by her single “Love Story,” which has topped airplay charts in the US, UK, Canada, Australia, and New Zealand. Big Machine Records reports that Swift has sold more albums than any artist in the world so far this year.

She is headed to the UK this week for her second string of sold out shows there this year, and is planning another trip overseas for a Nov. 23 headlining date at London’s Wembley Arena. Earlier this year, she also headlined a short series of shows in Australia, all of which sold out.

Upon her return from the UK, Swift resumes her US tour with a headlining show at Madison Square Garden, where tickets sold out in one minute.

Here in the States, Swift’s self-titled debut CD has been certified quadruple-Platinum, and she is celebrating her fourth consecutive No. 1 single. Her paid music downloads now exceed 19.5 million songs, she has more than a million followers on Twitter, and she has surpassed the 250 million mark for music streams on MySpace.