Capitol trio Lady Antebellum has announced release information for its sophomore album. Titled Need You Now, the album is scheduled for a January 26, 2010 release. The title track and lead single is the fastest rising of their career, pushing into both the Billboard and MusicRow Top 10 in under 10 weeks.

“This song, and what we’ve finished of the new album so far, is all about passion,” explains guitarist/vocalist Dave Haywood. “There’s a real sense of urgency and fire…almost like a spark has reignited us creatively in the studio…so when we started talking about album titles, Need You Now felt like it summarized our vibe right now perfectly.”

The unveiling of Need You Now’s release date happened on the same day the group’s self-titled debut album was certified Platinum by the RIAA. 18 months after its release, Lady Antebellum also remains in the top 10 on the iTunes Country album sales chart.

“This is just beyond anything we ever could have imagined when we sat down to write our first song together in 2006,” said Hillary Scott. “I wish we could thank every one of the fans personally… that would be the coolest thing in the world for us. Everybody always says they have the best fans in the world, but ‘everybody’ hasn’t met Lady A’s fans…they are truly the best!” 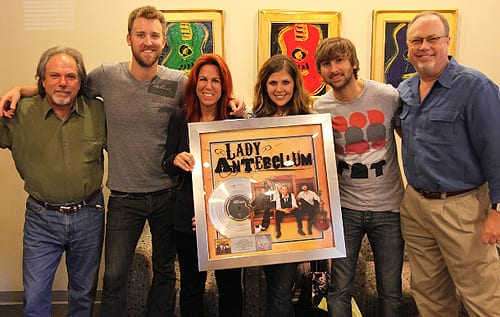