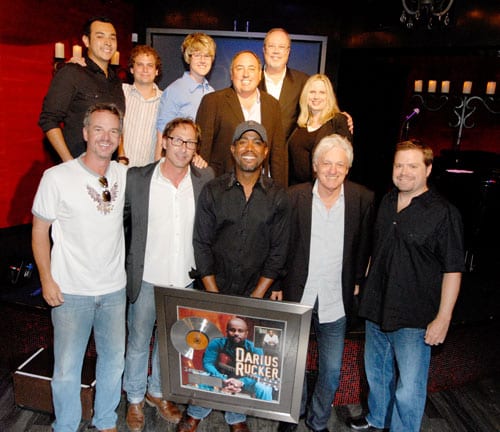 Capitol Records Nashville threw a party for Darius Rucker last week to celebrate the success of his country debut album Learn To Live which was just certified Platinum by the RIAA for shipments of over one million copies.

Rucker will continue the celebration tomorrow (8/25) at his No. 1 party for his latest song “Alright.” All three of Rucker’s singles (“Don’t Think I Don’t Think About It,” “It Won’t Be Like This For Long,” and “Alright”) have shot to the top of the Country Singles charts.

After his No. 1 party, Rucker will head to the Grand Ole Opry House to perform a free show for Samsung AT&T’s 3rd Annual Summer Krush series. A portion of the performance will air on Jimmy Kimmel Live this Thurs., Aug. 27. He will also be one of the artists featured Aug. 31 on ABC’s CMA Music Festival: Country’s Night to Rock, as well as upcoming Unstoppable Tour dates with Rascal Flatts.