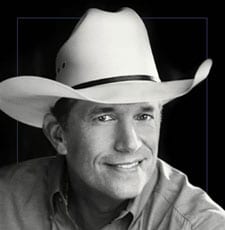 George Strait’s latest, Troubadour, has been certified Platinum by the RIAA, bringing his career total to 33 different Platinum or multi-Platinum albums—more than any other Country artist. Strait ranks third in all genres, behind only The Beatles and Elvis Presley.

More good news for Strait came this morning when SoundScan reported a more than 300% increase in sales for his albums Troubadour, 22 More Hits, and 50#1’s (a 2-CD set). The significant sales bump is due largely to the George Strait: ACM Artist of the Decade All Star Concert which aired last week on CBS.

This weekend Strait has the honor of headlining the inaugural event at the new Dallas Cowboys stadium. The June 6 concert, with guests Reba McEntire, Blake Shelton and Julianne Hough, sold out in less than one hour.