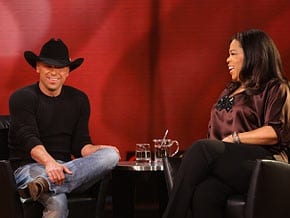 Kenny Chesney is heading to Chicago on Saturday, March 27, to tape an episode of Oprah that is set to air April 9. He will give the superstar host a sneak peak of his Summer in 3-D movie which arrives in theatres on April 21. The 3-D flick captures five of Chesney’s dozen NFL stadium shows from last year’s tour. Chesney also took a field team from Oprah with him to the Florida Keys to document a special afternoon.

The theme from Kenny Chesney: Summer in 3-D, is his new single, “Aint Back Yet.” In other Chesney news, he wrote the forward for the new book from ESPN hosts Mike & Mike, Rules for Sports & Life. 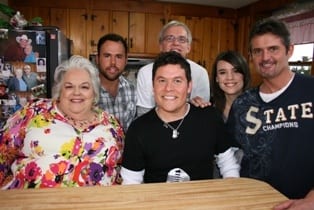 Two-time International Bluegrass Music Association Entertainers of the Year The Grascals are scheduled for a slew of national appearances to promote their album, The Famous Lefty Flynn’s, due out March 30.

The band’s brand of March Madness kicked off last week with a stop at the GAC studios to perform new single, “The Last Train To Clarksville”—yes, it’s The Monkees’ remake—for the network’s On The Streets program. The show airs today (3/23) at 12 and 8 p.m. CT and again tomorrow.