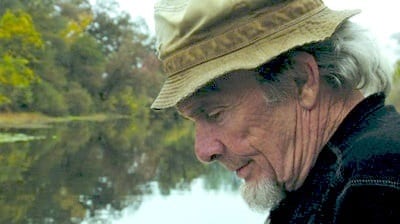 From the Nashville Scene by Jack Silverman

The new documentary Merle Haggard: Learning to Live With Myself, airs at 8 p.m. Wednesday, July 21, on WNPT-Channel 8 as part of PBS’ acclaimed American Masters series. It is from filmmaker Gandulf Hennig, whose specialty is cutting away the crust of legend to uncover the truth below.

Hennig’s latest work, a gripping tale of one of country music’s most elusive figures, offers a rare and probing look into Haggard’s world. Learning to Live With Myself paints a detailed picture, from Haggard’s early years in Oildale, Calif., and his troubled youth to his integral role in the Bakersfield Sound, his incredibly prolific and successful career (38 No. 1 hits between 1966 and 1987), and his status as an icon of hardcore country.