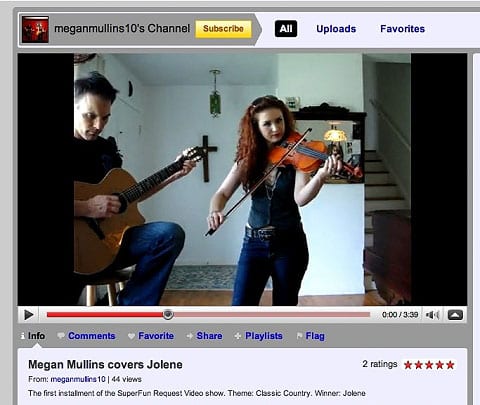 Twitter is becoming an increasingly common way for artists to communicate with fans. Stoney Creek Records’ Megan Mullins has been using it and other popular social networking sites for her “Total Request Video” extravaganza. Keeping within the weekly theme (ex. classic country), fans log onto Mullins’ Facebook, MySpace or Twitter account and request a song. Each week, Mullins will pick a winner and post a video of her playing the tune on her MM-TV YouTube channel.

Due West recently took requests via Twitter during a live radio stop in Spokane, Washington. Tim Gates, Brad Hull and Matt Lopez were Twittering with fans while on the air and trying to decide which song to play. So the band asked fans via Twitter what song they would prefer to hear, and followers quickly responded. Due West’s premiere single, “I Get That All The Time” is steadily growing at country radio (No. 34 on the Country Breakout chart). It will be on their debut album, set to be released later this summer on Bigger Than Me Records.