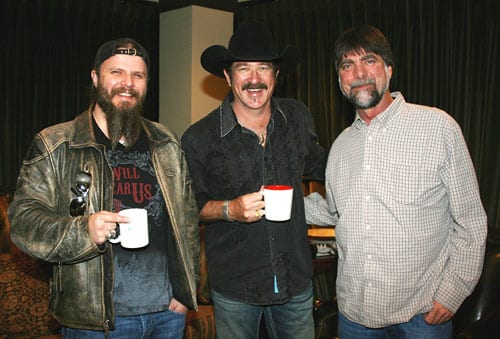 Jamey Johnson called several special radio stations on-air this morning (10/13) to tell them they won CMA Awards for Broadcast Personality of the Year and Radio Station of the Year. The winners, covering all market sizes, will be recognized during the The 43rd Annual CMA Awards, airing live Wednesday, Nov. 11 (8:00-11:00 PM/ET) on the ABC Television Network from the Sommet Center in Nashville.

Among the newly revealed winners is Kix Brooks, who is the first Country artist in history to claim a CMA Broadcast Awards trophy. As host of Citadel Media’s American Country Countdown, he won the National Broadcast Personality of the Year Award. “When Jamey Johnson walked in our ACC studio today, I wasn’t sure what was going on—thought maybe I’d forgotten about an interview or something. Next thing I know, he’s telling me that we won the CMA National Air Personality of the Year Award,” said Brooks. “The whole ACC team was in here screaming and jumping around! Everyone works hard and puts their all into making ACC the best it can be. I’m shocked, humbled, and extremely honored to accept this award on behalf of the entire American Country Countdown staff.”

• CMA Broadcast Award winners are not eligible to enter in consecutive years; therefore, those who received trophies in 2008 were not eligible in 2009.