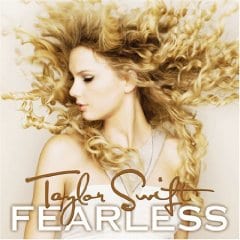 Taylor Swift leads the nominations for the 2009 American Music Awards with a total of six, including Artist of the Year, Favorite Female Artist (in both Pop/Rock and Country) and Favorite Album (in both Pop/Rock and Country). Swift is followed by Michael Jackson, who received five nominations, and Eminem, who received four. Nashville rockers Kings of Leon earned three nominations (including one for Artist of the Year), as did Beyonce, Lady GaGa, T.I., and Black Eyed Peas. Rascal Flatts and Zac Brown Band are both nominated in Favorite Country Album and Favorite Country Band, Duo or Group. Getting one nomination apiece were Jason Aldean, Darius Rucker, Keith Urban, Reba McEntire, Carrie Underwood and Sugarland.

An abbreviated list of the nominees is below. Get the full list at http://abc.go.com/shows/american-music-awards/nominations or vote for your favorites here.