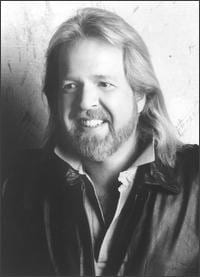 Mel McDaniel has been hospitalized in Nashville after suffering a heart attack, reports the Tennessean. The Grand Ole Opry member is known for hits including “Baby’s Got Her Blue Jeans On,” “Stand Up” and “Louisiana Saturday Night.”
––––––––––––––––
Pam Green, Westwood One’s Director/Artist Relations, has been released from the rehabilitation center and is back home at her condo in New York following injuries to her arms. During the next few weeks she’ll be recuperating and continuing physical therapy. Well wishes can be sent to [email protected]
––––––––––––––––
Billy Lee Riley, Sun Records artist and house band member, is battling stage four bone cancer. Though he and his wife Joyce are receiving assistance from MusiCares, they are still suffering financially. Riley, a rockabilly singer and multi-instrumentalist, was a sideman on numerous classic Sun sessions, and his band the Little Green Men eventually became the studio’s house band. Donations can be sent to Billy Lee Riley, 723 Crest Drive, Jonesboro, Arkansas 72401.