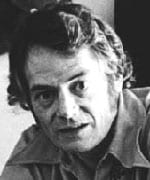 Turner was a musician, record producer, label executive, music publisher and songwriter. Early in his career, he was the lead guitarist for Tommy Sands, Guy Mitchell and Eddie Fisher. He then became a producer at A&M Records in Los Angeles. His songs were recorded by the label’s Tijuana Brass and The Baja Marimba Band.

His first publishing job was as the general manager of Central Songs, also in Los Angeles. He then became the head of the country division of United Artists Records, which brought him from the West Coast to Nashville. As a record producer, he worked with Slim Whitman, Jimmy Bryant, Del Reeves and Jimmy Clanton. He is particularly associated with Jim Cartwright, whom he worked with for 23 years.

He was born Graham Morrison Turnbull in Sydney, Nova Scotia. He died while visiting his son in upstate New York on Feb. 9 at age 77. He is survived by his son, Trevor; daughter, Adrienne (Jeffery) Cullen; granddaughter, Eve; and former wife, Diane Iungano (Jackson).

The Nashville service took place at Woodlawn Roesch-Patton Funeral Home’s Dignity Hall at 11:30 AM. Memorials may be made to Marathon For A Better Life, PO Box 268, Warnerville, NY 12187 or to a Nashville Cancer Charity of your choice.

Get Out For A Good Cause This Week

Artists Step Up To Help Charity