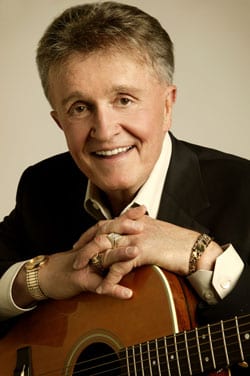 Bill Anderson is having a good week with the release of two new co-writes.

Whisperin’ Bill Anderson was already having a wonderful vacation when he received a phone call from Terry Wakefield at Sony/ATV that made his trip that much better. Wakefield let him know the status of two of Anderson’s co-writes: Sugarland‘s “Joey” hit the national country charts at No. 50 yesterday (6/29), and today (6/30) Brad Paisley released a new album containing his cut “No.”

Coincidentally, Anderson says, “Some of my biggest hits in the past have been songs with only one-word titles, so if I’m lucky, maybe I can add a couple more to that list in the near future.”